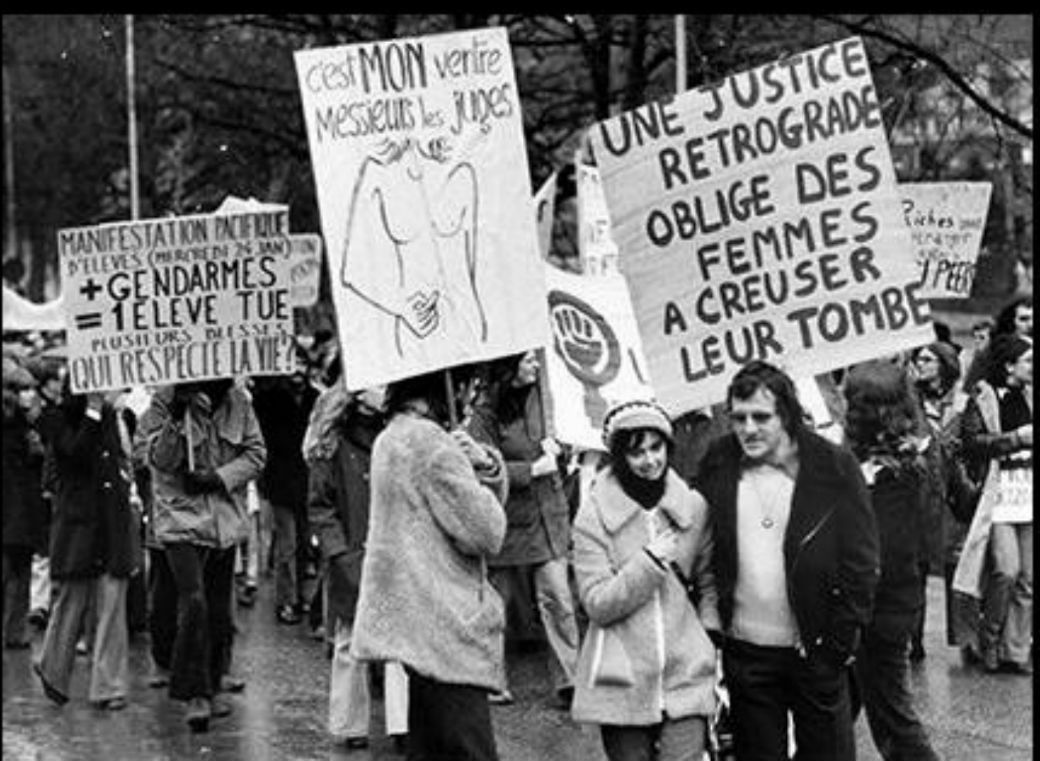 Abortion rights in Belgium - looking back on a historical journey

This year, Belgium marks the 25th anniversary of its legalisation of abortion.

This year, Belgium marks the 25th anniversary of its legalisation of abortion. At a conference on abortion stigma on 3 April, IPPF EN’s Regional Director, a Belgian and former activist for that legal breakthrough, reflected on the historical journey towards abortion rights in Belgium, and the current state of play more broadly.

I really believe that Belgians can be proud of their ethical achievements. Our country has strong Catholic origins, but we have taken big legislative steps forward because society has been ready for change. At the moment we are one of the leading countries on same-sex marriage and euthanasia, and we have a workable abortion law which ensures – crucially for women - that abortions are fully reimbursed by the social security system.

Along with the Netherlands, Belgium is one of the countries in the world with the lowest abortion rates AND with one of the lowest rates of teenage pregnancies. I don’t think it’s because sexuality education here is perfect, but we do we have a high level of modern contraceptive use, and of course we have a good functioning system on abortion. The story of how Belgium built the momentum needed for abortion to be legalised illustrates that illegal abortion does not always need to mean unsafe (although in most parts of the world it is!). On the other hand, we also know that legal does not always mean safe, for example in Russia where abortion is legal but women are still dying from unsafe practices. IPPF truly believes that safe and legal abortion, comprehensive sexuality education and access to modern contraceptives are the ingredients for healthy nations where women are able to finish education, have a healthy family, work and contribute to the economy, to be active citizens.

Astonishingly, abortion is still mentioned in the Belgian Penal Code. This hangover from Napoleonic times, when it was totally illegal, is confusing in today’s context, and contributes to ongoing abortion stigma because it means it is still considered as crime rather than a health issue.

There was a first attempt to change the law in 1971, and a medical doctor – Dr Willy Peers - was jailed for the first time for performing an abortion in 1973. Peers’ patient was a 16 year old girl with learning disabilities who had been raped by her father. This very sad case resulted in a big public reaction, a lot of debate and protests. It was not enough to force a change in the abortion legislation, but formed the basis for a trade-off to make contraception legal. It’s amazing to think that this was only 42 years ago, even if it was “in the past century,” as journalists tend to say these days!

In 1975 the first of many high quality – but completely illegal - abortion centres was established. Belgium’s Ministry of Justice took no action in the hope that Parliament would update the legislation to bring it in line with the reality of life in the country.  But this did not happen quickly enough and from 1981 we saw a wave of prosecutions as judges decided to apply the law again in the hope that this would create a sense of urgency with the legislators. For medical professionals and the women they were there to help, this meant the start of 9 years of stress and despair channelled through fury and protests.

In 1985, when the practice was still illegal, as head of the network of family planning clinics in Flanders (Federation CGSO), I started overseeing coordination between the Flemish abortion centres as they  worked together to ensure high quality standards throughout the system. The centres’ approach was always to place the women seeking an abortion at the centre of their work. This resulted in a “human rights-based approach” before the term was invented!

Then in 1986, two MPs took a new initiative which led, after 4 long years of negotiations and compromise-seeking between the Catholics and Humanists, to a proposal for an abortion law. I’ll always remember how in March 1990 we thought we had finally got the change we had been fighting for, and then… the King famously refused to sign the Parliamentary agreement because of his conscientious objection. This caused a mini constitutional crisis to which then Prime Minister Wilfried Martens (a Christian Democrat!) had to find a solution. In the end, the King was asked to step down for the day to allow the Minister to sign.

A couple of years later I was invited to speak to women’s rights activists in Ireland, and it was only then that I realised how exceptional it was to have had for so many years people who had put their careers on the line and risked prosecution because they believed that what they were doing was right. There are many of them, and all Belgian women, in particular the younger ones, should be aware of this history and know that the options they have today are the result of a long and relentless battle. This shows the importance of civil movements, building up pressure from within society to make politicians move in the right direction and bring legislation in line with new realities.

Many battles still to be fought around the world

Still today, no issue is as politicized and polarised as abortion, sexuality education, contraception, gender equality and women’s rights in general. We have a constant fight in countries like Spain and also at the EU level, at the Council of Europe and the United Nations. Good abortion legislation can easily be turned back as we are seeing in the US and in Eastern Europe, and with the ongoing threats in Spain. The anti-choice movement is becoming increasingly virulent and well organised, which is a big change from the past.

According to the World Health Organisation, every year in the world there are an estimated 40-50 million abortions. This corresponds to approximately 125,000 abortions per day. 47,000 women die each year of unsafe abortion. We know and everybody knows perfectly well how to reduce the burden of abortion and especially the related morbidity and mortality: sexuality education, modern contraceptives and in general a positive attitude towards sexuality and a respect for human rights. The solutions are there but the political will is lacking in too many places, in particular where governments are implementing pro-natalist policies and/or where churches have a strong influence.

So, let’s be clear about some facts. Abortion is a family planning method, although not the most desirable one. Improving sexuality education and increasing the use of modern contraceptives are necessary measures that will help reduce but will not erase abortion. Abortion is a fact of life and will always be there, recognizing this will reduce stigma. Also, while keeping track of abortion rates is important to monitor what is happening in society and, for instance, to increase prevention/information for certain groups of the population, these figures should not be the sole basis for discussions on how well a country is doing in responding to women’s need when she has an unwanted pregnancy.

The question on how to reduce the stigma still attached to abortion as well for women and practitioners is important at this 25th anniversary of Belgium’s abortion law. There are a couple of changes that would certainly help in reducing stigma. Getting abortion out of the Penal Code would be a major one, as still today there are too many people who think abortion is illegal in Belgium. Extending the timeframe for abortion on demand would be very helpful as it would reduce the burden on the roughly 500 women who have to travel to the UK or The Netherlands every year because they are beyond the legal time frame of 12 weeks in Belgium. This is just exporting a problem to neighbouring countries.

Belgium is on the right track, but having a government that would embrace this fact of life openly and a parliament that would introduce the necessary changes would definitely reduce stigma. I hope that official recognition of the ground-breaking work done by pioneers “last century”, as well as the broad media coverage this anniversary is getting, are paving the way for adjustments to make the law even better for women who need an abortion.