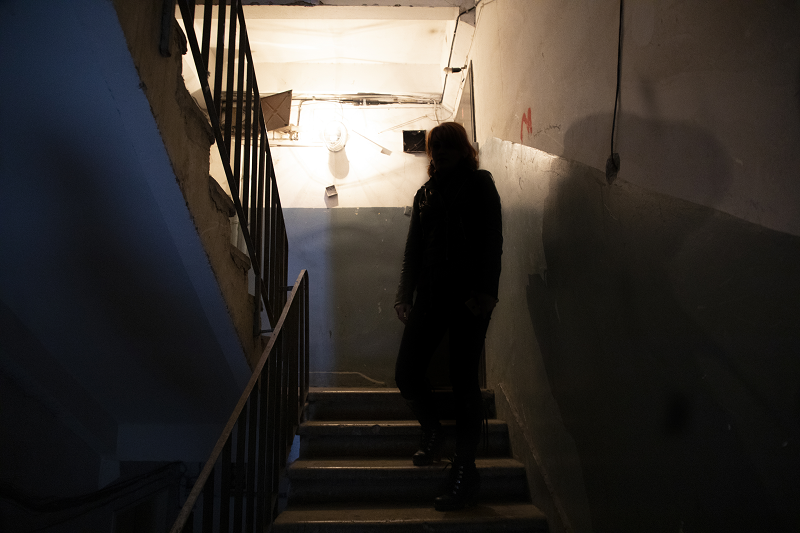 Keti’s (not her real name) husband began to beat her after they’d been married for about six months. She was 17 years old. “At that age a person is not ready to be married, to undergo the hardship of ...

Keti’s (not her real name) husband began to beat her after they’d been married for about six months. She was 17 years old. “At that age a person is not ready to be married, to undergo the hardship of having and raising kids,” she says.

The abuse was regular, and lasted for the duration of their six-year marriage. Remembering that time, she says, “He enjoyed beating [me] and then making [me] apologise to him. Once I was knitting some stuff to sell, when he got home he burned them. He enjoyed inflicting pain on others.”

A 2018 report by UN Women shows that one in eight women suffer gender based violence in Georgia. “One third of men (31 per cent) believe that wife-beating is justified under certain circumstances. Moreover… nearly half of all men (42 per cent) believe that a wife should obey her husband even if she disagrees,” the report states.

The couple had their first child together in 2009, when she was 18. “From the first moment the child was born my husband was not attentive to our child, he only cared about himself,” she says. The responsibility of bringing up their child was left to Keti, still a teenager herself.

One time her husband hit her in the stomach and she started feeling severe abdominal pains. “I wasn’t aware I was pregnant. I went to the hospital about the pain and was given an ultrasound; I was told it was an urgent situation. I was 6 weeks pregnant,” she says. Keti’s ex-husband’s punch had killed her foetus and left Keti’s health in a dire situation. She had an emergency abortion.

By the age of 21 Keti had fallen pregnant again, and she decided to have an abortion. “I couldn’t imagine having another child by him after our first was [neglected],” she says. Every day, she thought about leaving her husband, but she didn’t have the financial means to support herself and her family alone. “People in my village have local businesses but work opportunities are quite low,” says Keti. Her parents weren’t speaking to her as they were angry that she got married so young.

So, at four weeks pregnant she decided to go to the doctor to ask for abortion care. Keti is from Kakheti, a region in eastern Georgia about an hour and a half’s drive from the capital of Tbilisi. Kakheti is a religious Orthodox Christian community, with traditional values. Most people believe abortion is wrong, including doctors. Immediately after her request the doctor attempted to dissuade her from having the abortion. “The doctors told me, “Don’t kill the child.” They told me about the heartbeat, and they said that it is murder,” she says. The doctors didn’t know, nor ask, about her abusive relationship with her husband. Crying, she says, “I couldn’t wait for it to end and to leave and go back home”. In the end Keti managed to have an abortion in spite of all these challenges.

At no point during either abortion ordeal was Keti offered counselling, “I was just advised of my medical options,” she says.

After six years of her abusive marriage, Keti finally managed to find a job that could provide for her and her child, and then she sought a divorce. “I needed sufficient income to be able to [leave him]. I would have left after the very first pregnancy if I could have,” she says.

IPPF’s Georgian member HERA XXI is working to ensure sexual and reproductive health care for people like Keti who are in vulnerable situations. Find out more about their work and the obstacles to women’s reproductive safety in Georgia in our blog series.