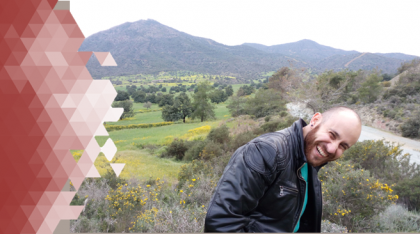 #IDAHOT2015 - Stories from LGBTI youth across the Federation. 'LGBTI youth' is the focus of this year's International Day Against Homophobia, Transphobia and Biphobia

#IDAHOT2015 - Stories from LGBTI youth across the Federation. 'LGBTI youth' is the focus of this year's International Day Against Homophobia, Transphobia and Biphobia

The IPPF Sexual Diversity Network has published a compilation of stories to mark the International Day Against Homophobia, Transphobia and Biphobia (IDAHOT) on 17 May 2015.

In recognition of this year's global campaign focus on ‘LGBTI Youth’, these stories highlight the commitment of the IPPF Member Associations that directly support and uphold the sexual rights of young people of diverse sexual and gender identities, including lesbian, gay, bisexual, transgender and intersex (LGBTI) young people.

The broad breadth of their work include partnering with the LGBTI community, including young people; creating safe spaces for LGBTI young people; making services accessible and appropriate for LGBTI young people; and increasing public awareness and advocacy of LGBTI issues, including comprehensive sexuality education.
Each story is from the voice of a young person involved in the Member Association's work with LGBTI youth, and describes the impact this support has had on their lives, as well as other young people.

Here is the story of Vassilis

Vassilis is an openly gay man from Cyprus, where he volunteered and worked for the Cyprus Family Planning Association (CFPA). Conservative values have a significant influence over public opinion in Cyprus when it comes to LGBTI rights. Vassilis is an intern at the IPPF European Network office.

“I’m Vassilis, a 28 year old gay man who was born and raised in Cyprus. While I was growing up, my country had no legislation whatsoever to protect LGBTI people, and although there has been some progress in recent years, there is still a long way to go. During my youth, the word ‘gay’ was often combined with other discriminative words, attitudes and sometimes bad actions.

Of course, things got more complicated when I was at school. As you can imagine, social gender norms were sometimes stronger there than at home. I didn’t like football, didn’t talk about girls, or tease others in boyish ways. To cut a long story short, I didn’t fit in the ‘box’ of stereotypical gender behaviours… I was a bit different!

Years passed and early adulthood found me ever so slowly ‘entering’ the gay community. That meant that I slowly started coming out, building first friendships with other gay men and women, going to gay clubs and bars, flirting with and dating other men. Fitting in with gay norms was another challenge. What do I mean by that? Well, within the gay community there are also a lot of social norms (trends, habits, and behaviors) that are “good” to follow if you want to fit in more easily. And I was following them, and to be honest, sometimes I still do.

At the same time that I was entering the gay community, I started getting involved with some groups, including the Cyprus Family Planning Association (CFPA). Through CFPA I gained knowledge and skills on sexual rights and gender-related topics, but I also had the opportunity to learn about other organizations that were safeguarding and promoting LGBTI rights. The knowledge and skills I gained helped me to shape my personality and identify both as a person, but also as a proud gay man.

Over the years, I have experienced that in some situations it is not always easy to have a sexual orientation or expression of gender identity that is different from the ‘norm’. I feel proud that along the path from childhood through adolescence and to where I am now, that I managed to remain true to myself, but also uniquely different!”

The Cyprus Family Planning Association (CFPA) was founded in 1971. It runs a clinic in Nicosia, providing a range of sexual and reproductive health services, including HIV testing. Young people provide peer group counselling, and also run a telephone helpline and workshops on sex education and sexuality awareness, including LGBTI-related issues. CFPA played a central role in the drive to decriminalize homosexuality.

All young people, including young lesbian, gay, bisexual, transgender & intersex people, have the right to grow up in safe and welcoming environments, where they can develop their personalities and talents respectfully of their individualities.
This right is guaranteed under international human rights law, however young people are specifically at high risk of being exposed to homophobic, transphobic or biphobic attitudes and expressions within the family, educational institutions, the health system, and social settings.
Health issues are also an area of concern for young LGBTI people, including sexual and reproductive health. Often information and services are not inclusive of diverse sexual orientations or gender identities, denying access to the information and support required to maintain health and well-being. Young transgender and intersex people face particular challenges, including access to appropriate treatment.

For more information about IDAHOT and the global focus on LGBTI youth:
http://dayagainsthomophobia.org/in-2015-take-action-for-lgbti-youth/