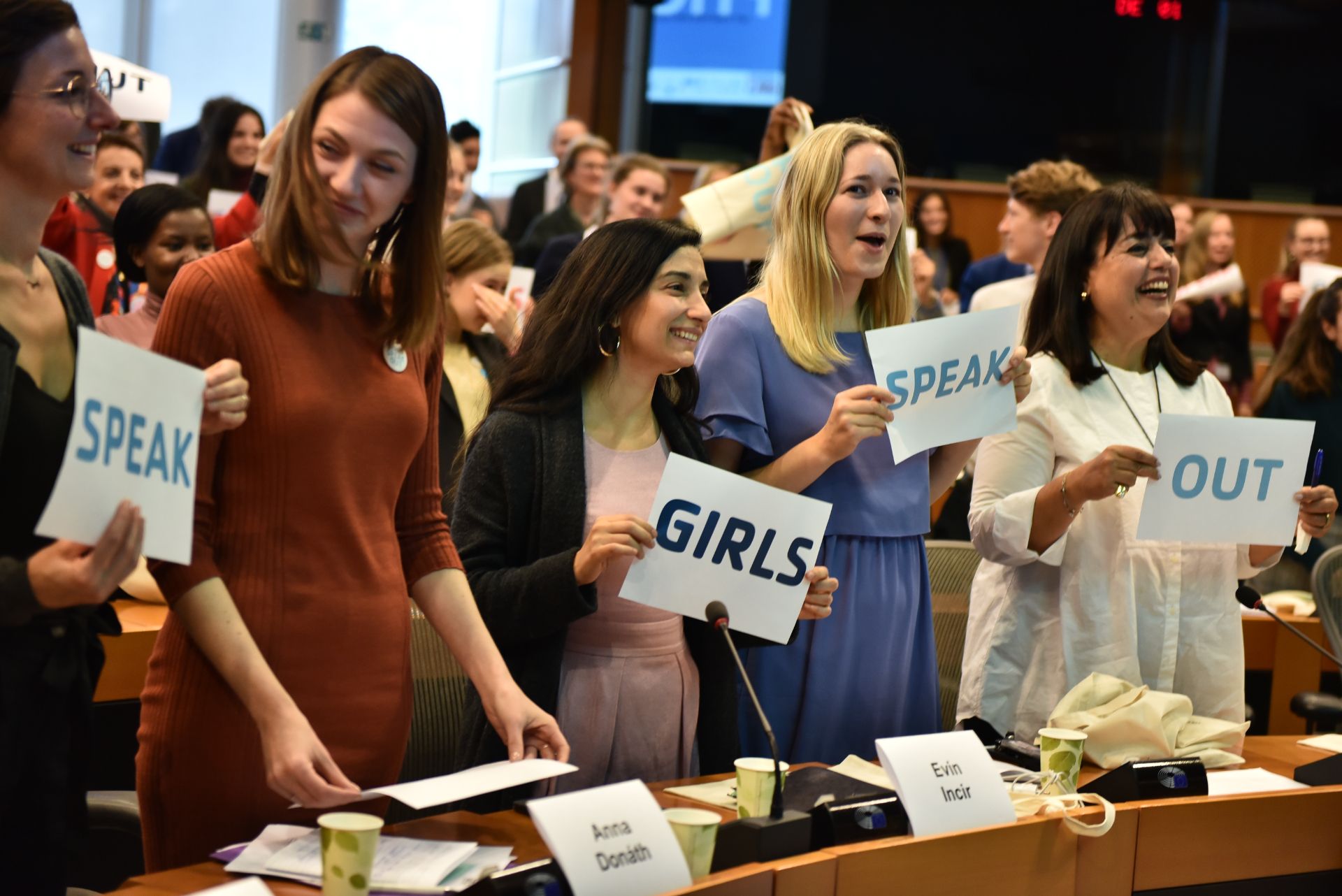 A society free from sexism and discrimination is only possible if we dismantle harmful gender norms and stereotypes.

A society free from sexism and discrimination is only possible if we dismantle harmful gender norms and stereotypes.

The idea that young men are often expected to suppress their emotions so that they can conform to damaging understandings of strength and masculinity is archaic. It leaves men ill-equipped to express or navigate through their emotions, which can later on cause issues for their mental health.

Equally, young women are often expected to be polite and accommodating to others - even in situations where they are made to feel uncomfortable. Conforming to this expectation can make it more difficult for women to assert themselves and can lead to their enduring discrimination or abuse.

By breaking down these archaic stereotypes, we can foster equality. In order to discuss these matters as well equal and empowering representation of girls and women on screen, we teamed up with Netflix within the European Week of Action for Girls and created a space for dialogue between policy makers and the young people looking to advocate for positive change.

Our event brought together Věra Jourová, Vice-President of the European Commission, Busisiwe Ntintili, creator and showrunner of Netflix series JIVA! and Sunni Faba writer of How To Ruin Christmas: The Wedding and youth advocates Claudia (23) from Ghana as well as Maja (21) from Sweden.

VP Jourová started by sharing about her past and being born in communist Czechoslovakia where she was told many times to “Speak only when they ask you to speak”.

We couldn’t agree more. Girls need to have access to quality and inclusive education wherever they live and decision makers should do everything in their power to support young women’s economic empowerment by ensuring equal opportunities and by fighting gender norms and stereotypes.

Moreover, decision makers should recognise and amplify girls’ voices and build their capacity to participate and lead.

“We need to support talents and diversity which are our greatest assets, and it is our task - everyone of us - to support individuals to thrive, in particular girls and women. There are still many out there trying to keep female voices quiet and the trend is ongoing. So, it is quite clear that we have to accelerate our efforts when we see these pressures” said VP Jourová.

Maja, youth advocate from Sweden shared her own personal story about how she learned to stand up for herself and make her voice heard. She said:

I think that all of us have a responsibility to look at ourselves as role models, role models for what kind of information we are giving to young girls through the internet and other channels like Netflix.

On a political level, I think we have a responsibility to make sure that information is inclusive and that it breaks the norms on how girls should be and behave. Since you can not be what you cannot see. If you don’t see any strong, powerful girls that stand up for their rights you can't be one.

Netflix creators Busisiwe Ntintili and Sunni Faba shared insights about their work as storytellers and about the powerful impact that storytelling has on different aspects of society, such as gender roles and the representation of minorities.

Busi’s lifelong vision is for her work to contribute to restoring the pride of the South African child, to highlighting the beauty, originality and humanity of South Africans, and to giving South Africans creative tools to transform their lives.

“What really is important for me is to give black women and other disadvantaged people full expression, to create real characters and to tell stories about what real women go through” says Busi.

Her writing always stemmed from a place of activism. For her, entertainment without purpose is dangerous because of the huge power that media and communications hold.

Busi remembers when she was growing up in the US seeing images of black people on TV and in film and for the most part, they usually fulfilled very negative stereotypes of what black women and families were like. She then made a conscious decision not to contribute to that negative portrayal, specifically of black women.

‘What is harmful about stereotypes is that you have to fit into a box. Through inclusion, empowerment, and diversity I can show the audience that you don’t have to be the norm, you can be the exception!’ explains Sunni.

Sunni is a storyteller and she realised early on the responsibility that comes with this role and how it can shape a lot of stereotypes. Sunni tries to work against stereotypes as she considers them to be incredibly harmful. But where do stereotypes come from?

“It’s just an oversimplified version of an image or a person that has been allowed to grow and take over.”

We need to see more representation of authentic characters, more empowerment of women and girls and more inclusion on screen and off.

“In order to keep fighting stereotypes and advancing gender equality in the creative industries and political spaces, let's make sure we can shape our world so that girls and young women’s voices are included and portrayed equally” concluded Claudia, youth advocate.

As Sunni well said, we must carry on and challenge the norm, take stereotypes and flip them, show that we can be the exception. This can be done through education that helps develop the life skills needed to foster healthier and safer relationships, based on equality and respect. And it can be achieved through progressive policies that set goals for meaningful participation of girls and women in decision-making spaces.

About the European Week of Action for Girls: The European Week of Action for Girls (EWAG) is an annual event organised by a coalition of Civil Society Organisations to mark the International Day of the Girl. Since 2012, EWAG has been pushing for the rights of girls to be better protected and championed by the European Union. Read youth advocates’ policy asks for 2021. You can still listen to Girls Unite with Netflix here. 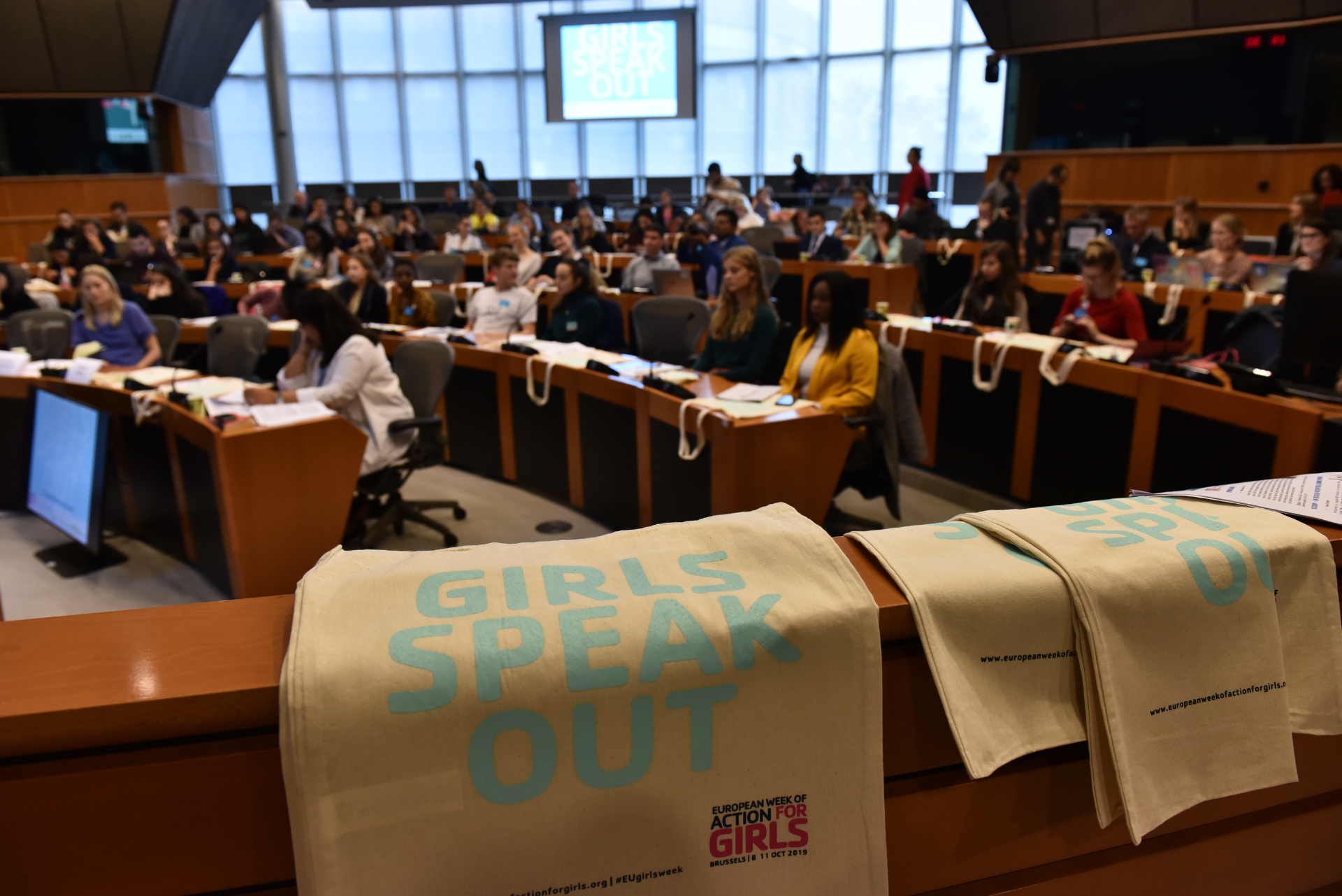 The European Week of Action for Girls (EWAG) is a week-long programme of events and activities, based around the International Day of the Girl Child, on Monday 11th October.