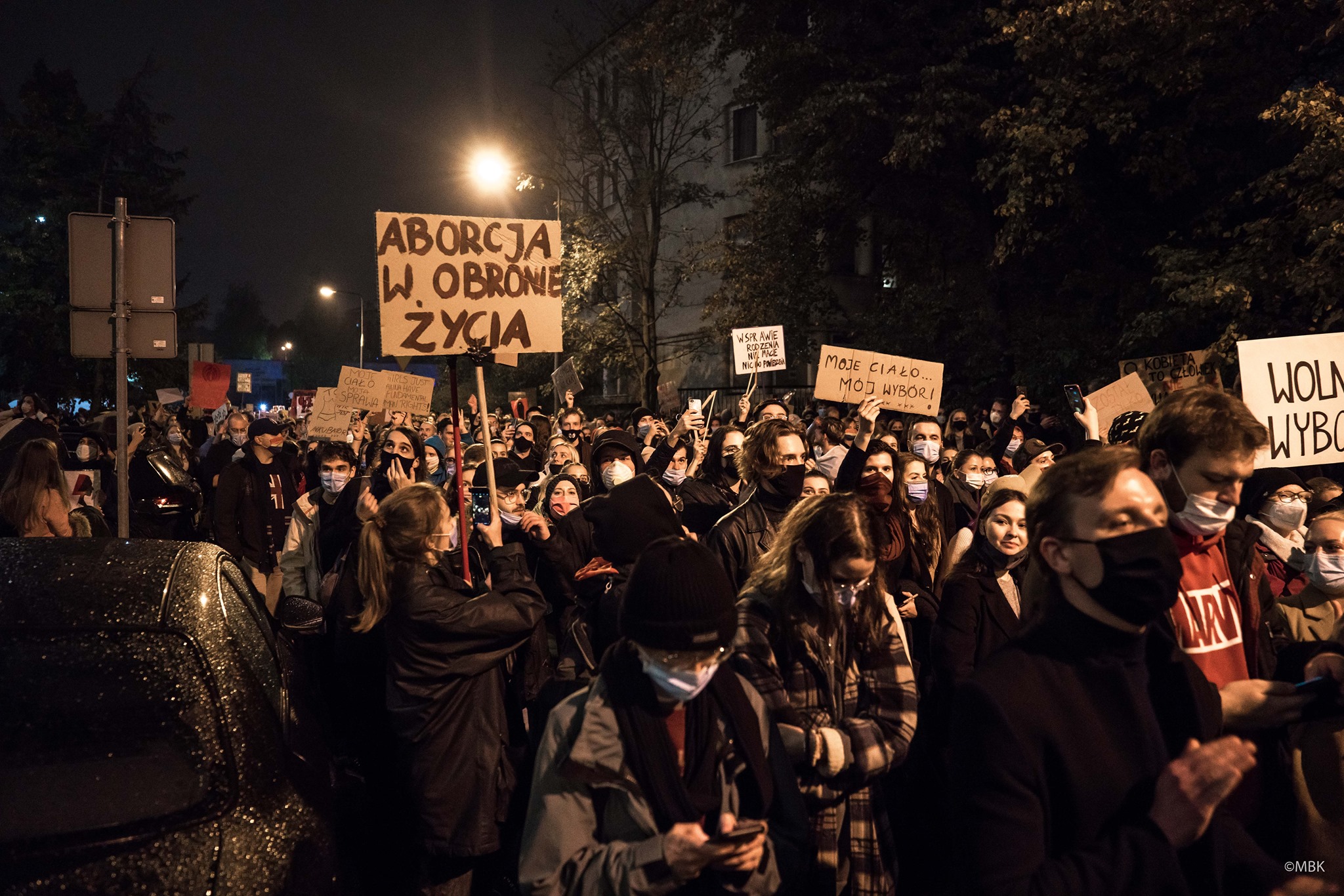 Today marks one year since the Polish government virtually abolished access to abortion care on the basis of an illegal, disputed decision by the country’s constitutional tribunal.

Today marks one year since the Polish government virtually abolished access to abortion care on the basis of an illegal, disputed decision by the country’s constitutional tribunal.

The change in law makes it impossible for women to access abortion care on the grounds of severe foetal impairment and threatens doctors who provide it in such cases with three years in prison.

Abortion is now only permitted in situations where the life or health of the pregnant person is at risk, or where a pregnancy is the result of sexual assault or incest. Recently a new bill to outlaw even these conditions was discussed, though not adopted.

Human rights defenders report a dramatic chilling effect on the health system, as doctors hold back from seeking and providing essential care due to fear of repercussions. Many women are now scared to get pregnant at all, due to the possibility of complications that would make their lives dependent on a doctor’s decision to help.

They don’t want to be the next Izabela: a pregnant woman who died in September 2021 of septic shock. Doctors did not perform an emergency abortion to save Izabela’s life even though she was miscarrying. They are now being investigated for manslaughter. In that case, the hospital’s defence lawyers pointed to the change in law, stressing that all medical decisions were made in line with the legal provisions in Poland.

The hard truth is that the ban on abortion care is having a devastating knock-on effect on all aspects of reproductive health, isolating women and their families. Women report difficulties with antenatal testing, which is also being performed in dramatically fewer numbers since the ban.

This was the situation faced by 27-year-old Anna (not her real name). Doctors discovered that her partner had chromosomal complications, meaning there was a high risk that her baby would die shortly after birth. With no right to decide whether to continue a pregnancy if this happens, Anna is now afraid even to try.

The constant attacks on sexual and reproductive rights also have a huge mental health cost. In December 2021, a pregnant woman carrying a foetus with the lethal diagnosis of acrania (lack of a developed skull) was denied an abortion due to the current restrictions.

She was refused this despite having received two psychiatric certificates attesting to her deteriorating mental health, which constituted a threat to her. Eventually, she was able to receive the care she desperately needed in a different hospital, and only after reaching out to Polish women’s rights groups for help.

The state’s control over hospitals contributes to the overall atmosphere of fear and intimidation. Last December, a Warsaw hospital was subjected to an audit by the authorities of its medical files on abortion. When the hospital questioned the relevance of these inquiries and the media was alerted, the procedure was suspended.

Polish doctors are now living in fear of providing their patients with the full range of reproductive care. It is their duty to provide protection, especially when the government has failed women. We urge doctors to abide by their duty of care and defend the health and lives of their patients.

At the moment, brave civil society organisations (CSOs) and human rights defenders – with limited resources - are the only ones women and doctors can rely on. Extremely courageous groups of women’s rights activists such as Abortion Without Borders, under enormous pressure to fulfil the healthcare needs unmet by the state, are running helplines to assist women with all kinds of reproductive health queries and help them access abortion care. One organisation, the Federation for Women and Family Planning, is building a coalition of women-friendly doctors willing to help patients in these challenging circumstances.

Meanwhile, angry Polish citizens have managed to gather over 100,000 signatures for a civic initiative bill that would expand abortion rights. They will continue to fight until women and families in Poland feel free and safe, and until their fellow citizens are granted the same basic rights as other Europeans. 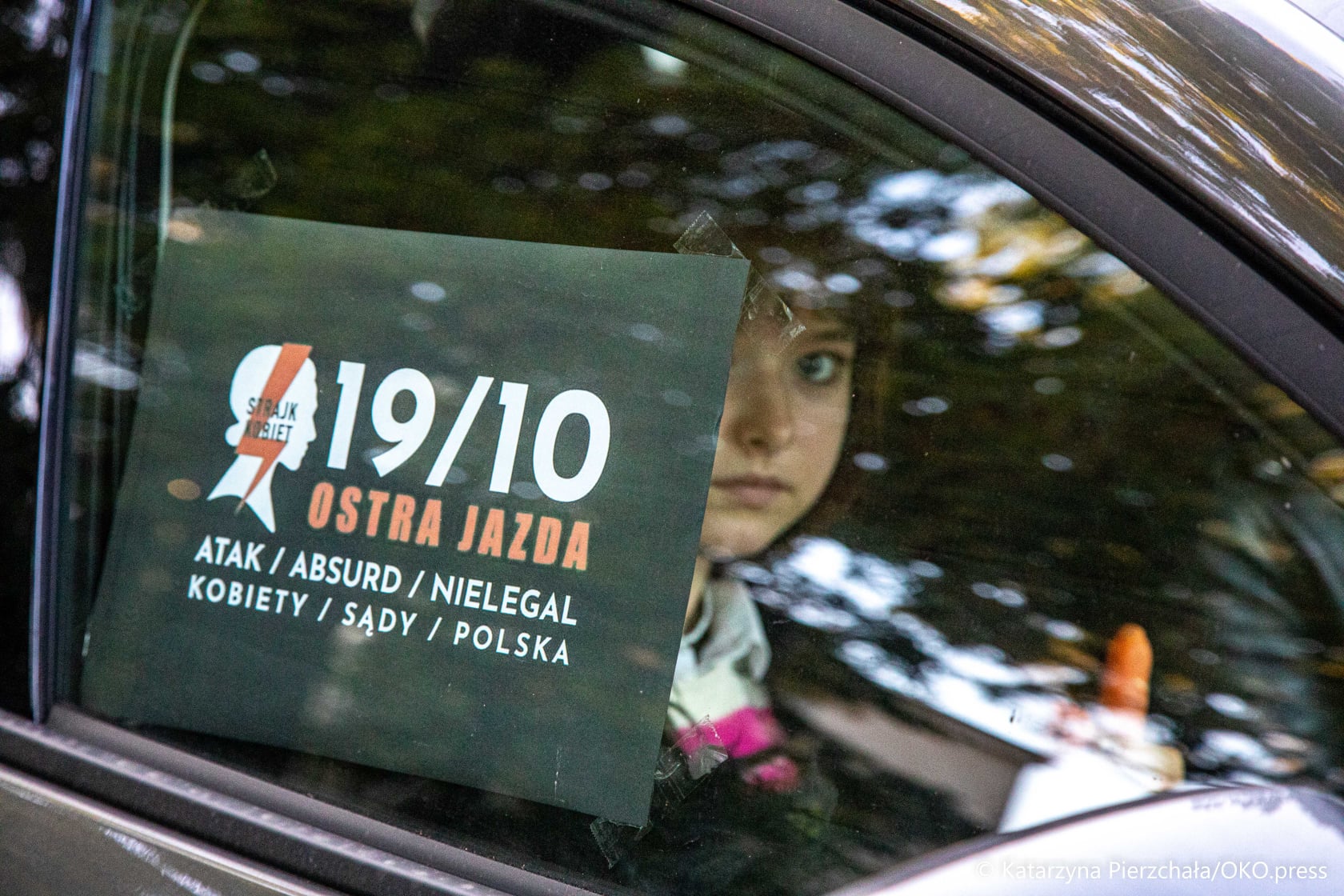