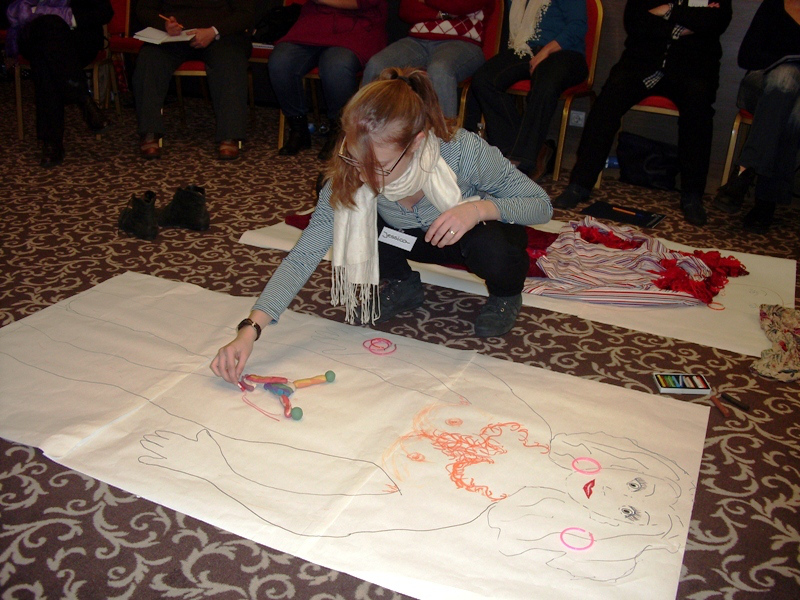 The town of Kazanlak, at the foot of the Balkan Mountains, is the centre of Bulgaria’s famous rose oil industry. Maria Gineva and Veska Marakjieva run four centres there for young people with special ...

The town of Kazanlak, at the foot of the Balkan Mountains, is the centre of Bulgaria’s famous rose oil industry. Maria Gineva and Veska Marakjieva run four centres there for young people with special needs, including learning disabilities. Both have taken part in training sessions on sexuality education organised by IPPF’s Bulgarian member association BFPA as part of the ‘Keep me Safe’ project.

Maria tells the story of a teenage couple with learning disabilities who were in love. “They didn’t really know about sex, about how it worked, and how to protect themselves. So we started to work with them, discussing sexuality, feelings and how and where it’s appropriate to express them.

“Previously they had been kissing all the time in public spaces. After these sessions we agreed on rules on where they could go, and gave them a private space. Their parents hadn’t talked to them at all about sex. We spoke to the parents too, to encourage them to speak to their children and respect their need for space. The project is helping us find the right way to talk to these young people.”

Maria and Veska believe that the project can make real changes to the lives of young people with learning disabilities by equipping them and their parents, as well as others involved in their care, to navigate the tricky waters of puberty and developing sexuality.

It is clear from the experiences of Maria and Veska and other professionals caring for young people with learning disabilities in Bulgaria that parents have a crucial role to play in empowering them when it comes to sexuality and prevention of sexual abuse. But this is also an extremely difficult subject to broach in a country where discussing sexuality in general is taboo, and sexuality education for mainstream children is woefully inadequate.

Reactions from parents of young people with learning disabilities to the prospect of sexuality education workshops have ranged from questioning the need to discuss sex with their children, to embarrassment, curiosity and gratitude. One mother who attended a BFPA workshop in the town of Lovech described herself as “very happy – this will give me the confidence to talk to my son about these issues. He is 21. Before he didn’t know who he could talk to when he was in love, he was looking for information on the internet.”

Veska, herself the mother of a child with a learning disability, recalls the first session she ran with parents. “We advised them to try and give their children more privacy, and stop hugging them like they are toddlers when some of them are 30 years old. We tried to make them understand that this puts their children at risk because they think hugging all the time is the norm.” She laughs as she adds that she is trying to get into the habit of just kissing her son on the cheek.

“The impact on the young people themselves can be greater happiness,” says BFPA Executive Director Radosveta Stamenkova, when asked what the project will mean in the longer term. She has been pleasantly surprised by the strong demand from organisations involved in the direct care of these youngsters, travelling with the BFPA team to different towns around the country to lead additional workshops.

Radosveta believes that Keep me Safe’s visual tools with their simple language can also be useful for reaching out to other vulnerable groups, e.g. younger children in the mainstream, new waves of refugees escaping conflict in the Middle East, and Bulgaria’s Roma community, of which 20% is illiterate. Veska confirms that in Kazanlak, which has a large Roma population, the project is already being used more broadly: “We did several sessions with teenage mums, mainly Roma, and we realised that they just didn’t know their own bodies at all, didn’t know the risks of early pregnancy, could not make a proper assessment of healthy behaviour and risks.”

But a recurring theme in conversations with all those who are excited about the potential of Keep me Safe in Bulgaria is the lack of mandatory comprehensive sexuality education in mainstream schools. “We have been fighting for this for 20 years. It pains me physically that it is still not there,” adds Radosveta, citing a recent case that reached notoriety when a teenage mother in Kazanlak dumped her baby in a dustbin. When the media interviewed an adolescent boy who went to the same school and asked him to name one sexually transmitted infection, he said “Ebola”.

Keep me Safe is a two-year project that aims to empower young people with learning disabilities across Europe to protect themselves against sexual abuse and violence. It is funded by the European Commission Daphne III Programme. You can read more about the work in Bulgaria here.