‘Rape isn’t always something that happens when you are dragged into an alleyway’, says Heleen Heysse, Policy Officer at Sensoa, the Flemish centre of expertise on sexual health. ‘The subtle ways in which coercion can take place, as well as the many ways consent can be freely given, is within this new law. It recognises people’s experiences and their trauma’.

Heleen says the new consent law, which came into effect in June this year in Belgium is a victory for survivors and campaigners. The legislation unequivocally states: non-consensual sex is rape. Rape cases will now no longer hinge on whether a survivor said ‘no’ or fought back. Instead, it is an offence when consent is lacking, withdrawn or when advantage is taken of a victim’s vulnerable state. The consent-based definition also applies to other forms of sexual violence.

Sensoa has been at the forefront of campaigning for reform of the outdated sexual criminal law for many years. They say that within the new law, the absence of struggle or reaction can no longer be taken as implicit consent as it takes into account the freeze response – when a person is unable to react. Heleen stresses the presumption of innocence until proven guilty remains one of the core tenets of the Belgian justice system and investigations are just as rigorous. This, she says, contradicts the myth spread by opponents of consent-based legislation that women will use the law to falsely report rape; complaints of which are grossly overestimated.

Previously, an assault could only be legally considered rape if coercion, physical force or verbal threats took place, or a person was unable to defend themselves. Like in many countries across the EU, rape victims had to prove that there had been violence or that they had explicitly said ‘no.’

Alongside this law, Belgium has also become the first country in Europe to decriminalise sex work, which Heleen and her colleague Julia Day say makes it easier for sex workers to report sexual violence.

Up to 90% of rape cases in Belgium go unreported and only 4% of people file a complaint with the police. Julia and Heleen say this is due to the hurdles survivors face when reporting sexual violence, not to mention the trauma associated with interrogations and pervasive victim blaming.

Julia says adequate training is essential: ‘It’s important police know and understand the law so when conducting an interview, they have guidelines on questioning to establish whether the victim consented freely.’

Reporting a rape is a big ordeal. Victims of sexual violence often blame themselves and are afraid they won’t be believed. Even under the new law, in Belgium, when someone reports a rape to the police, the legal process is kickstarted immediately. This can discourage people from reporting sexual crimes.

Fortunately, the introduction of Sexual Assault Centres has vastly reduced reporting obstacles; 68% of survivors who came to a centre went on to file a complaint, significantly higher than the national average. This is largely because the support offered at the centres is focused on providing confidential care to survivors and helping them to rebuild their lives; it includes forensic analysis, trauma care, specially trained inspectors, psychologists and case managers in one place. It also enables marginalised groups, such as transgender people and sex workers to report rape in a safer environment.

Currently, there are seven centres across Belgium and Julia says they hope to have one in every province: ‘Five years ago, we had nothing. It’s a good step forward. There’s a lot that needs to be in place to open a centre. They must be linked to other hospital services, there needs to be an HIV clinic and counselling as well.’

As regards the reporting process, the centres support survivors in a way that is sensitive to the extreme stress they are experiencing, and the impact it has on the ability to process information and form memories. Victims are filmed telling their stories and can decide later on if they want to press charges or not.

Heleen believes filming is vital to avoid retraumatisation: ‘It minimises how many times questions are asked, which reduces the emotional burden of the process.’ For Julia, it gives rape survivors a sense of control: ‘You get lost in the legal system with no idea what to expect and that’s scary, especially when the control has already been taken from you. When you have to repeat your story, it’s normal that it changes, and this can be used against you. Filming limits victim-blaming and puts them in a more powerful position.’

'Prevention is key. We want this law to be used as little as possible and comprehensive sexuality education can help with that.' 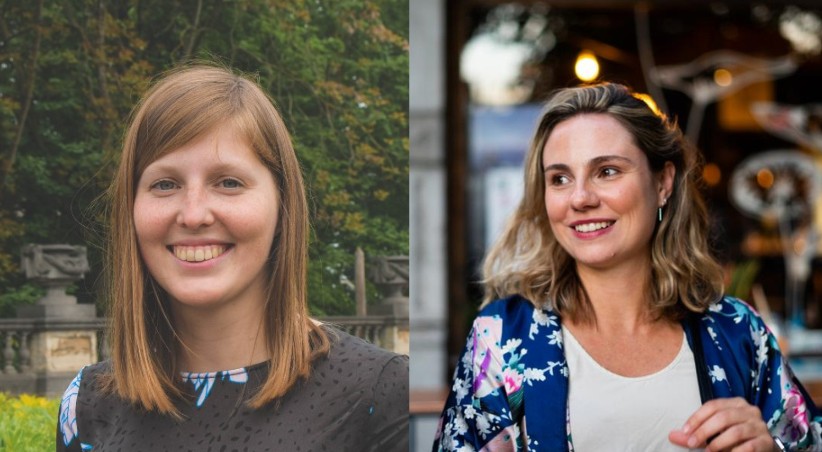 Sexual contact between young people is no longer stigmatised under the new law, which Julia says allows for a clearer distinction between positive and problematic sexual interactions. Under the new legislation, ‘sexual development between peers’ means a teenager between the ages of 14 and 16 can engage in consensual sex with someone no more than three years older. 16 to 18-year-olds can now send consensual nude images to other 16 to 18-year-olds. The dissemination of non-consensual images is criminalised for all ages.

The new law makes it easier to teach young people about boundaries and consent, especially for those under the age of 16, as previously, it was illegal for them to have sex.

‘We always talk about consent and communication, like how do you know if someone wants this and how do you handle it if someone turns you down? Prevention is key. We want this law to be used as little as possible and sexuality education can help with that,’ Heleen says.

Going forward, Sensoa is advocating for a government audit of comprehensive sexuality education in schools to see what is being taught: ‘There is a huge difference across schools, some still teach solely about procreation with a very heteronormative viewpoint. We want to ensure everyone, including LGBTIQ young people, have a positive experience and feel included,’ says Heleen.

Legislation alone can’t change societal and cultural attitudes overnight. Yet, Belgium’s new law sends a clear message that rape culture will not be tolerated and goes a long way to ensure that consent is at the forefront of conversations about sex. 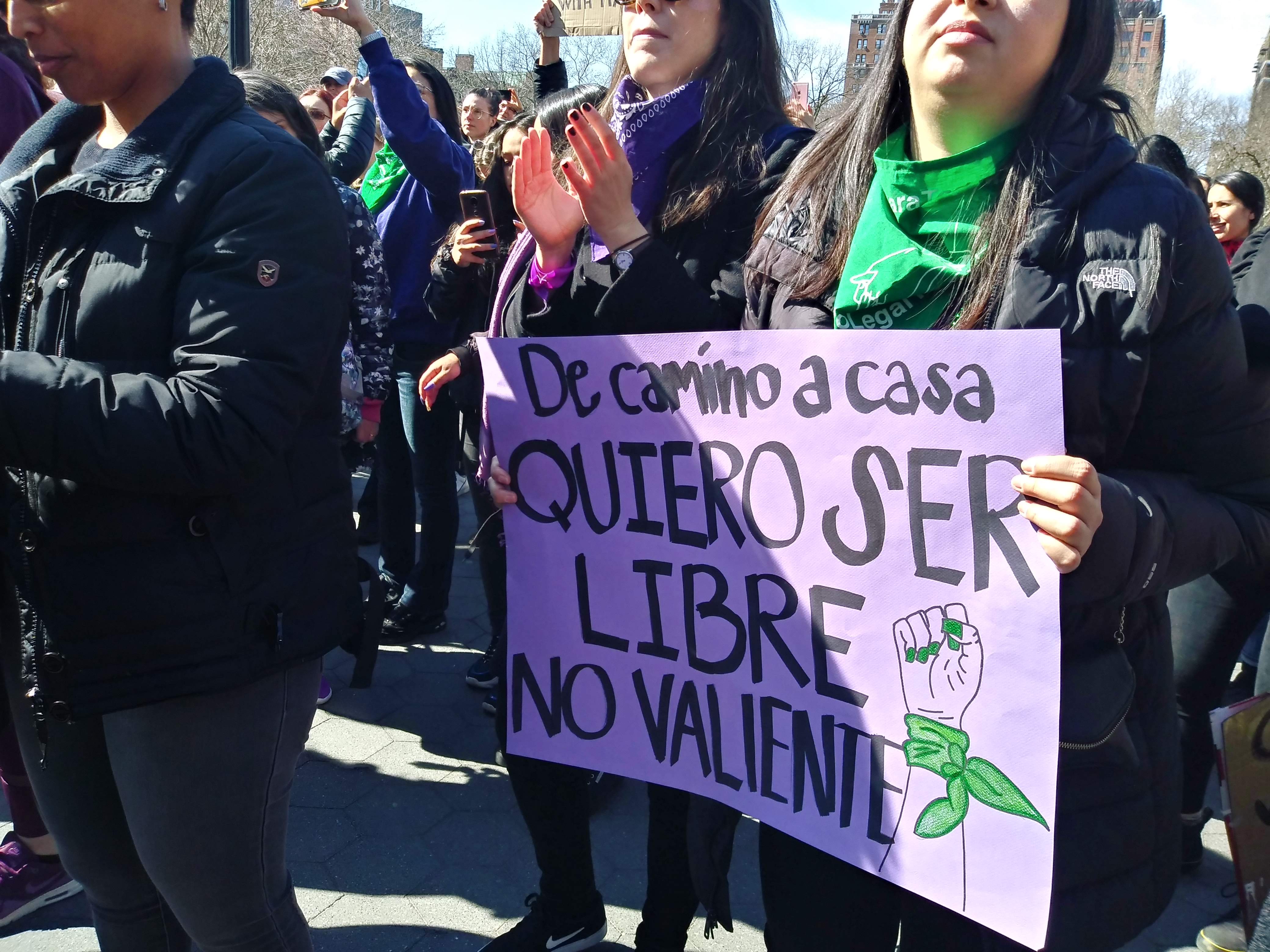 ‘Everyone has the right to live without violence. You can have sex without love, but always with care’. Filomena Ruggiero of SEDRA-Spanish Federation for Family Planning on the fight against GBV in…